If you’ve been in the Indie Hackers circles for a while you probably heard about people like dvassallo@ who made hundreds of thousands of dollars selling simple digital products on gumroad.

Make a thing, put it on gumroad, earn money, could it all be that simple?

I have heard many good things about the platform and I wanted to try it out with something straighforward. I didn’t feel like I had some super valuable secret I could share that I could make into a killer course, but…

I had the incredible secret tuna salad recipe (motivations) though and I decided to make it into a gumroad product and I even made some money with it. 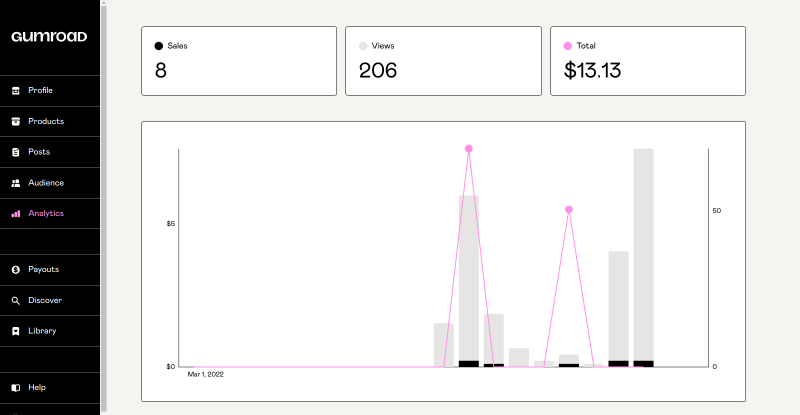 If you think I should be earning more money from this, here is your link to buy it :D.

In this article I will explain what went into making “the secret tuna salad recipe”, the digital product.

What should be included in the product? I had a couple of ideas.

The core of the recipe should be in a PDF as it can be good to present lists, steps and explain the details

I was thinking about making a video but video production of recipes is a pretty big undertaking and since I’m not a pro youtuber the video production quality would likely be poor (my husband also started laundry so that eliminated the possibility of shooting the video that day).

I was also thinking about including some bonus content with tuna or fish jokes, but I decided that I’m not that funny and I couldn’t find enough funny jokes…

At the end you have to play to your strengths. Including something of poorer quality might dilute the value of the product and leave the customer disappointed.

I used notion for planning and brainstorming ideas. I also wrote there my shopping list, ingredient lists and all the steps of the recipe.

Once I had all the ingredients ready, I decided to take detailed photos of the required equipment and ingredients and later document each step of making the recipe.

I have a tripod I could use, but it wasn’t necessary as I wasn’t really taking pictures of myself, but of things.

I took handheld pictures with the Pixel 6 (maybe one or two were taken by my husband when I needed an extra hand).

I am a Google Photos user and my photos were quickly available on my computer. 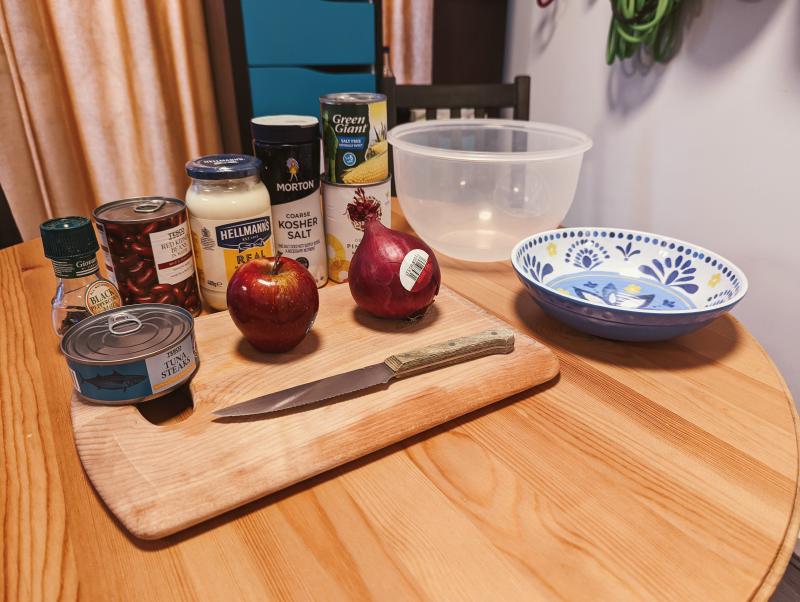 How to make a nice PDF with Google slides

I use linux and I don’t have Microsoft Office installed, but I know that it’s pretty easy to make a PDF out of Google Slides and it was my tool of choice.

For the PDF to look good, I wanted to use a consistent visual theme. I decided to make my own visual theme out of blue with a small touch of yellow and Nunito font.

The screenshot below shows how to make your custom theme in Google Slides (Slide > Edit theme): 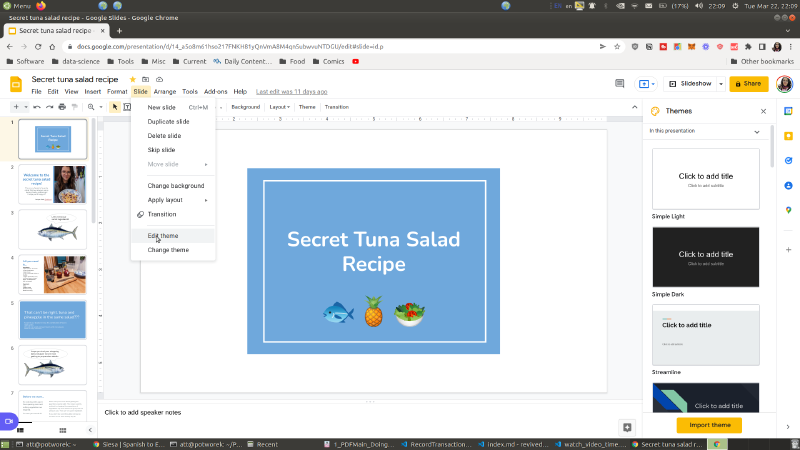 Once you have your slides ready, you can easily convert them to PDF with File > Download > PDF Document.

I wanted to add some nice visuals to make the recipe more interesting and I searched around for some good visuals. One obvious source of expressive images is of course emojis, but I wanted something more distinct.

Also, I wanted it quickly and ideally for free. I could draw something myself, but that wouldn’t be quick and I’m pretty bad at digital drawings as well, so that option was out of the question.

My usual source of visuals is a fantastic pexels.com, but I didn’t see anything that would match my artistic vision (and the type of tuna I was using).

I had good luck as Wikipedia had lots of great tuna illustrations in the public domain! Score! This is how the mister helpful tuna was born: 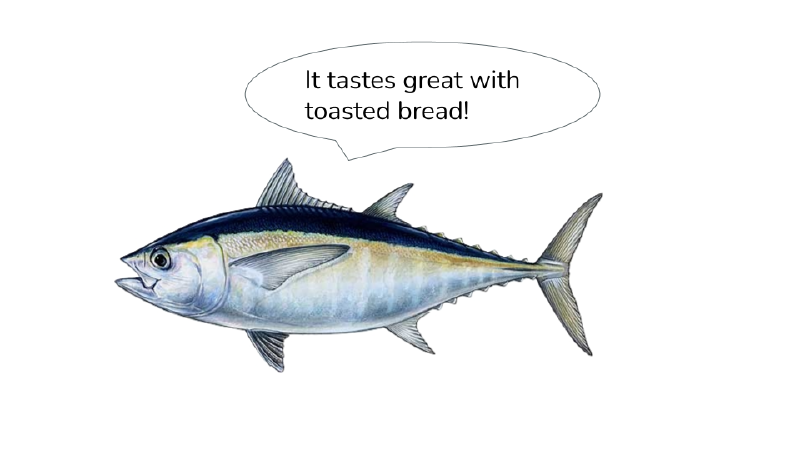 Setting up the gumroad page

Once I had my content, my visuals and a generated PDF it was time to put the product on Gumroad.

I expected it to be much harder, but it’s surprisingly simple.

You start with the name and a price:

And then you can customize what will be shown to the user and what files they get when they buy the product.

Probably the longest part of the process for me was setting up the images, especially because the thumbnail had to be of very specific size. 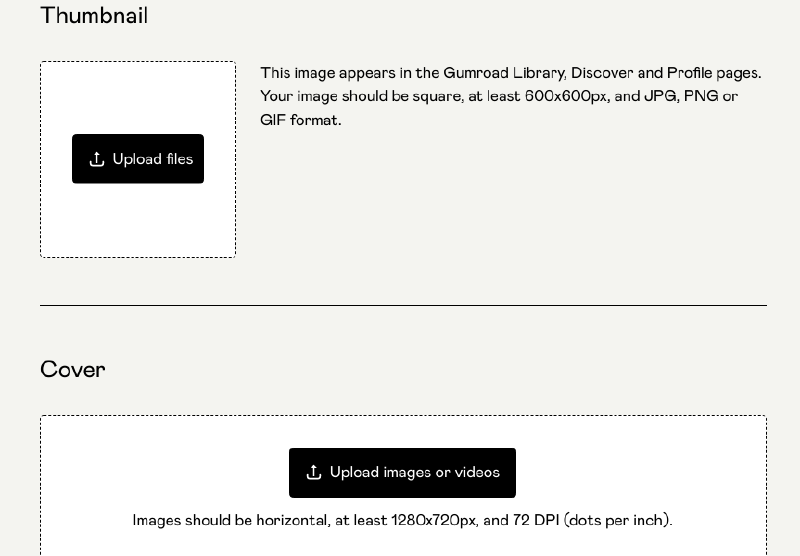 For the selling copy, I decided to keep it short and simple!

If you have some suggestions, I would be happy to hear them.

The rest is history marketing!

Once you hit publish, it’s out there and people can buy it. And some did!

However, as with any product you can’t just create it and wait for people to come to you, you need to market it. And that’s a completely different story :).

From the gumroad side, it has some useful tools for marketers such as analytics (to track where people came from and which sources convert the best) as well as it collects emails of your customers and that can be used for getting feedback on the product, sending updates or upselling.

If you enjoyed this post, you can follow me on twitter or support me by getting the tuna salad recipe or one of my other gumroad projects. Keep on hacking!

This is my mathjax support partial